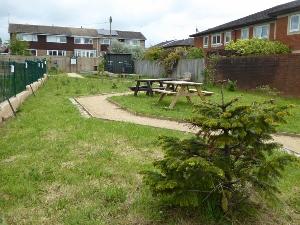 Location:  At the heart of the Westfield Estate, next to the Co-op, in the North East quarter of Yeovil.

What do they do? Following an initial grant from the MHCLG at the end of 2019, Westfield Community Association has transformed a derelict piece of land into one of a multi-purpose Community Garden, encapsulating six zones, one of which is an allotment area. There are raised allotment beds for growing fruit and vegetables, which are shared by a variety of individual and groups within the community.

When do they meet? Volunteers regularly visit the garden in their own time to keep it in good condition, in addition to planned/diaried volunteer events when groups work in unison. As well as 'working parties', volunteers share social and recreational events in the garden, alongside the increasing number of residents and visitors.

Who can join? All ages, backgrounds and interests are encouraged to volunteer in ways which will enhance both the garden and their own wellbeing. Volunteers, school, youth groups, those with additional support needs, and senior home residents are now maintaining the garden, or planning to do so, including the raised bed 'allotments', flower, fruit and wildlife areas. Local residents and volunteers can access the garden at any time, whilst those with allocated raised beds have separate access via a coded lock.

The Growing Grant contributed to the creation of the growing and allotment area, which includes raised beds, fruit trees, paths and infrastructure. 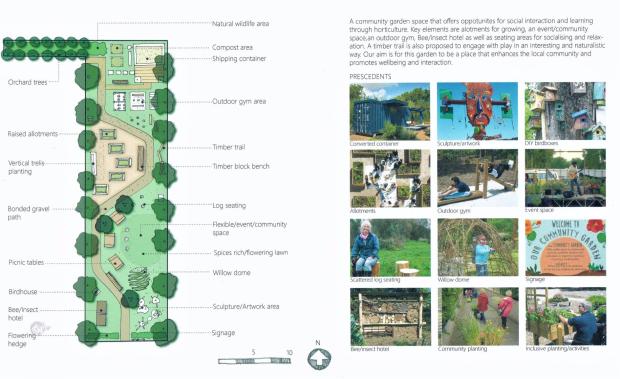 The Growing Grant contributed to the creation of the growing and allotment area, which includes raised beds, fruit trees, paths and infrastructure.

Garden developments. We are making slow but sure progress with the Westfield Community Garden project, which the Growing Grant has enabled us to do. We have now acquired raised beds (of various styles), fruit trees, a path extension, shrubs and miscellaneous related hardware. The garden was opened to great public acclaim, by the Mayor of Yeovil on March 12th 2022. The Growing Grant contributed to the creation of the growing and allotment area, which includes raised beds, fruit trees, paths and other infrastructure. 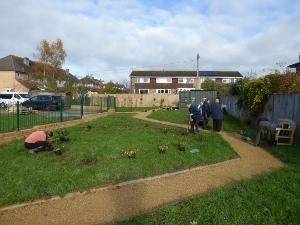 Volunteers. A significant challenge for the group in these early stages of establishing the project has been community involvement and recruiting volunteers. However, steady progress is being made with this. The first volunteer event was disappointing, but the stalwarts knuckled down. As one WCA member commented; 'the fact that residents have yet to take an active interest reflects just how much the project is needed'. The second volunteer weekend went acceptably well, with four new folk. Subsequent events tend to have attracted the same dedicated few, so we are very keen to attract more. 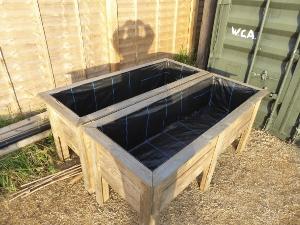 Involving schools.The group are involving pupils from the local secondary school to spend days on site. Once covid rules allowed, pupils came to paint pebbles, now cemented in alongside the path. Pebbles were also painted in primary schools. Schools have their own dedicated raised beds and we look forward to pupils engaging with the growing opportunities they present. Additionally, local college students have been involved in making some of our raised beds. So, we strive and move forward with resilient and ever-hopeful minds to ensure that the growing area will be a long-lasting community asset.